From 1950 TEAL, the forerunner of Air New Zealand, commenced offering Kiwis the first opportunity to spread their wings with flights to glamorous destinations across the Pacific. For young talented graphic designers, working on the TEAL account promoting flying to exotic pacific locations enjoyed by a fortunate few was a career highlight.

The fledgling airline was open to creative freedom that gave artists licence to produce cutting edge marketing collateral that included stunning colourful travel posters. TEAL had a relatively large budget for promotion that included the ability to use quality colour printing that was time-consuming and expensive.

In the 1950s, political correctness, equality and the angst of cultural appropriation were unknown concepts. This allowed the freedom to promote mythical Pacific ideals influenced by Western Tiki Culture.

In later years these posters are recognised as significant milestones in the trajectory to modern advertising and as stand-alone works of art. 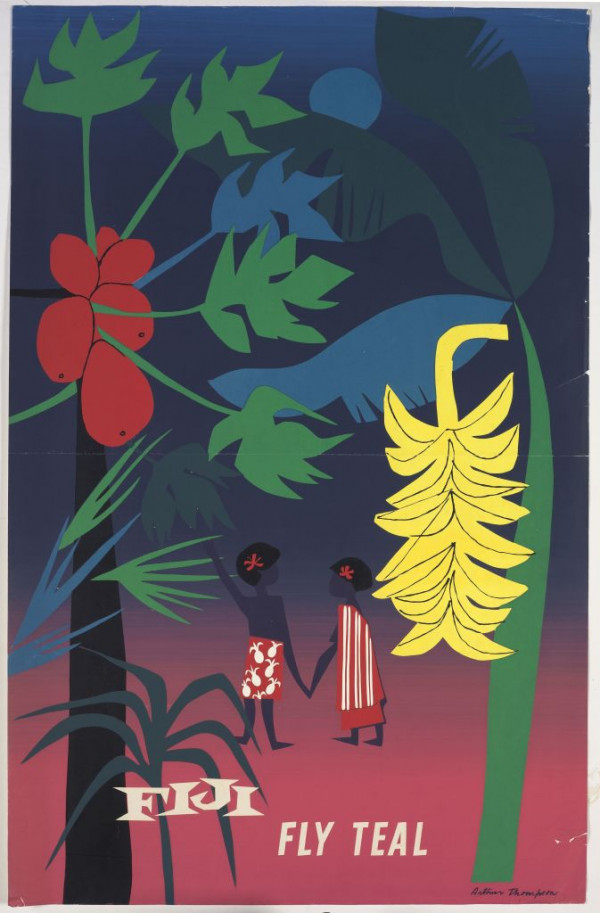 Fiji was one of the airline’s most popular destinations. The romance of the Pacific and TEAL’s stylish flying boats proved to be an irresistible combination for wealthy international tourists.

Promoting Tahiti’s reputation as a mysterious and exotic destination. The final stop on TEAL’s famous Coral Route - a romantic island hop in TEAL’s stylish flying boats from Auckland to Papeete.

The image was believed to be depicted from a 1957 film, The Little Hutt that starred Ava Gardner. 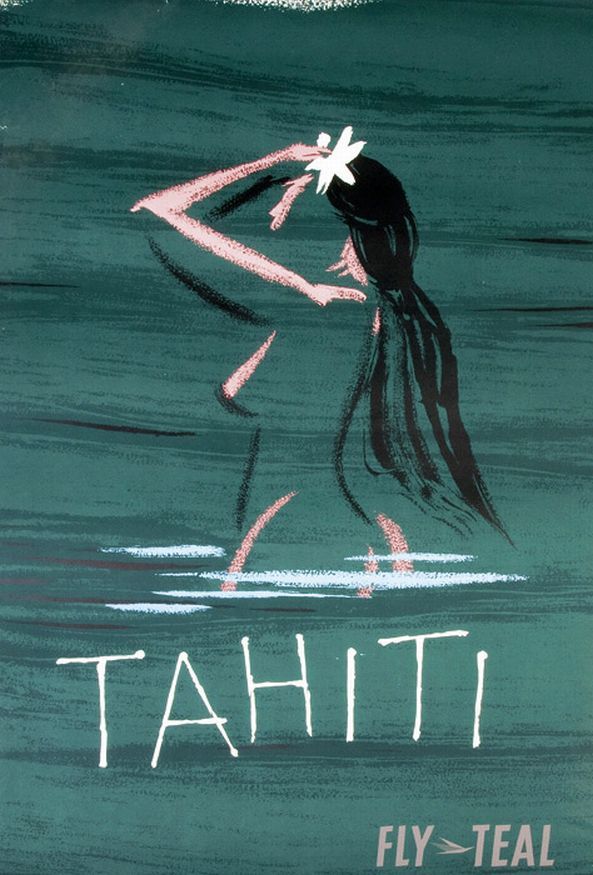 The poster does not depict the destination, rather the idea. This allows the viewer to project their own dreamlike possibilities that could unfold while visiting this mysterious and exotic location.

Tiare Tahiti was rather risqué at the time. It helped TEAL depict Tahiti as an edgy tropical playground destination; the final stop on TEAL’s famous Coral Route - a romantic island hop in TEAL’s stylish flying boats from Auckland to Papeete.

The poster design was probably based on a photograph by Life photographer Eliot Elisofon in 1954, of a woman fixing her hair in a river in French Polynesia, taken for LIFE Magazine.

At bottom of poster is TEAL’s famous logo of a symbolised flying fish, the Maroro.

Member of Host Accommodation Group. With over 80 properties throughout the country choose a Host Property for your next stay and earn Host Reward Dollars.www.hostaccommodation.co.nz